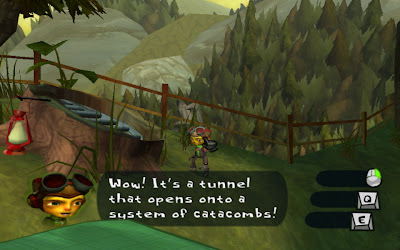 "Wow! It's a tunnel that opens onto a system of catacombs!"

More Psychonauts Injokes:
Posted by Jennifer McMurray at 8:20 AM