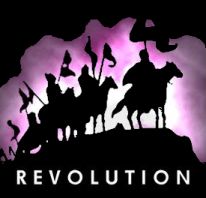 Revolution Software is an adventure game developer from the United Kingdom. Their first game, Lure of the Temptress, used an engine called the Virtual Theatre engine which was revolutionary in that it allowed non-player characters to roam around the village doing their own business, which added an element of realism. The system was perfected in the next games, the apocalyptic drama-comedy, Beneath a Steel Sky, followed by Broken Sword and Broken Sword II. Broken Sword: The Sleeping Dragon was a 3D installment that was direct control and incorporated elements from action-adventure games such as box-pushing puzzles. After this installment, Revolution cut back their internal development and outsourced the next two Broken Sword games. Revolution has now returned to game development with the release of the directors cut versions of Broken Sword I and Beneath a Steel Sky.  In 2012, a successful Kickstarter allowed them to develop a new installment in their popular Broken Sword series.

Adventure Games by Revolution Software
Not Yet Released

Posted by Jennifer McMurray at 2:49 AM