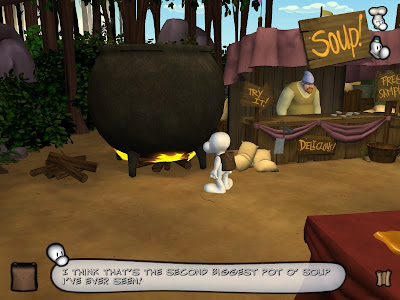 Telltale's third game, Bone: The Great Cow Race carried on the tradition of in-jokes from games much of the team had previously worked on at LucasArts. "I think that's the second biggest pot o' soup I've ever seen" was the second nod to Guybrush's line from The Secret of Monkey Island in a Telltale game. The first was in Telltale Texas Hold'em.

More Bone: The Great Cow Race Injokes:
Posted by Jennifer McMurray at 3:06 AM