It's About Time Injokes 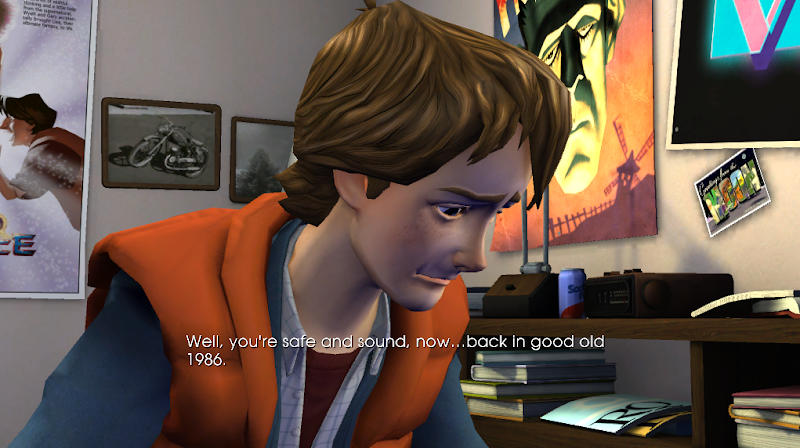 "Greetings From The Moon"

The Greetings From The Moon postcard on Marty's wall was from the Moon Visitor's Center in Sam & Max Save the World: Episode 6: Bright Side of the Moon (and from the Sam & Max Season One Case File which was originally available in the Telltale Games store before it sold out).

The line "Well, you're safe and sound now...back in good old 1986" is a line said by Lea Thompson in all three back to the future movies (with the year 1986 substituted for which ever year Marty transported to).

There are also Miami Vice, Weird Science, and Frankenstein posters on Marty's wall. These were all distributed by Universal, the same studio who owns the rights to Back to the Future.


More It's About Time Injokes:
Posted by Jennifer McMurray at 3:05 AM