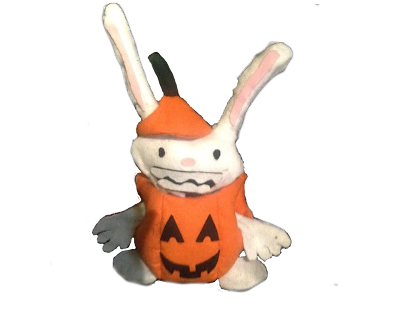 It's Halloween again!  I actually got through my monster themed reviews this year, releasing at least one a day.  That got the my review backlog cut down considerably. Here's some Halloween tidbits for you:

The Wolf Among Us episodes 1-4 are now available on Android through the Google Play store. Episode 5 isn't available yet for any Android version (including Kindle), but will hopefully be out soon.

Dave Grossman, co-designer of three Monkey Island games, Day of the Tentacle, Sam & Max Save the World, and the upcoming Duke Grabowski: Mighty Swashbuckler (plus many more adventures), is also a master of pumpkins.  He has put pumpkins in amusing, macabre situations on his website almost every year since 1996.  After taking a break last year, he's back with a new creation this year, which you can see for yourself by heading over to the Pumpkin House of Horrors.
Posted by Jennifer McMurray at 11:29 PM